Menu
Back to Insights

For our January “Making Dollars Making Sense” column, we wanted to share an article written by Brian Wesbury, Chief Economist at First Trust Portfolios.  In this article, Brian retells the parable of the Fish Story from Paul Zane Pilzers 1990 book, Unlimited Wealth.  This parable helps to explain the dangers of taxation and redistribution of wealth, a topic being talked about again this year by presidential candidates looking to take the job of POTUS.  The story goes like this…

Imagine 10 people live on an island. Each day they wake up, catch two fish, eat them, and go back to bed. Its subsistence living at the most basic level. There are no savings – no stored or saved wealth. If someone gets sick and can’t fish, there’s no way to help them. No one has any extra.

Now imagine two of these people dream up a boat and a net. They spend six days catching one fish per day, slowly starving, but they make the boat and net. On the 7th day, they go out into the ocean and catch 20 fish in the net – it worked!!!!

At this point, the island can go one of two ways. First, since two people now produce what previously took ten, resources are freed up to do other things. Farming corn, picking coconuts, cleaning fish, cooking, repairing the boat and net, the possibilities are endless. The island ends up with more (and better!) food, new technologies, higher standards of living, more assets, more wealth, and they can now afford to take care of their sick and vulnerable!

Or…the eight people who don’t have a boat and net could become envious. Two now produce ten fish per day, while everyone else can only produce two. Income inequality now exists: it’s no longer 1:1, it’s 5:1. So, they devise a plan to tax 80% of the income of the boaters (16 fish) and redistribute two fish to each of the other inhabitants.

If the second plan is adopted, no one is better off. Each inhabitant still only has two fish. Moreover, the entrepreneurs have no incentive to fix their boat and net. The island will eventually revert to subsistence.

Everyone on the island is better off because of the boat and the net. Taxing the inventors’ wealth or income and redistributing it removes resources from a highly productive new technology. Moreover, the income inequality that exists on the island is a sign of more opportunity, not less.

There are things the government can do that add to productivity – police and fire protection, national defense, enforcing the rule of law and protecting private property – but once government goes beyond this, it begins to undermine growth.

Today, 17% of all personal income is redistributed by government, while around 40% of all income is taxed and spent by the federal, state and local governments, combined. This is the reason the US economy has not attained 4% real GDP growth. European economies tax and spend even more and this is why they have grown slower than the US in recent decades.

In the meantime, government leaders around the world blame slow growth on a lack of investment by companies and attempt unsuccessfully to use negative interest rates to stimulate lending and investment. They also propose even more government spending and redistribution to help those that big government is holding back. 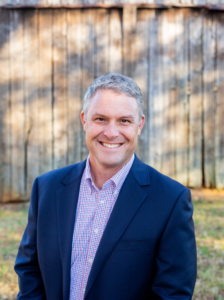 From the Ground Up!

Are you looking forward to retirement? Are you really prepared for what lies ahead?

Our free ebook can help you find out. Register today to receive your copy of “Retire Happy: A Simple Guide to Your Next Big Adventure.”