What Happens When The Bear Ends 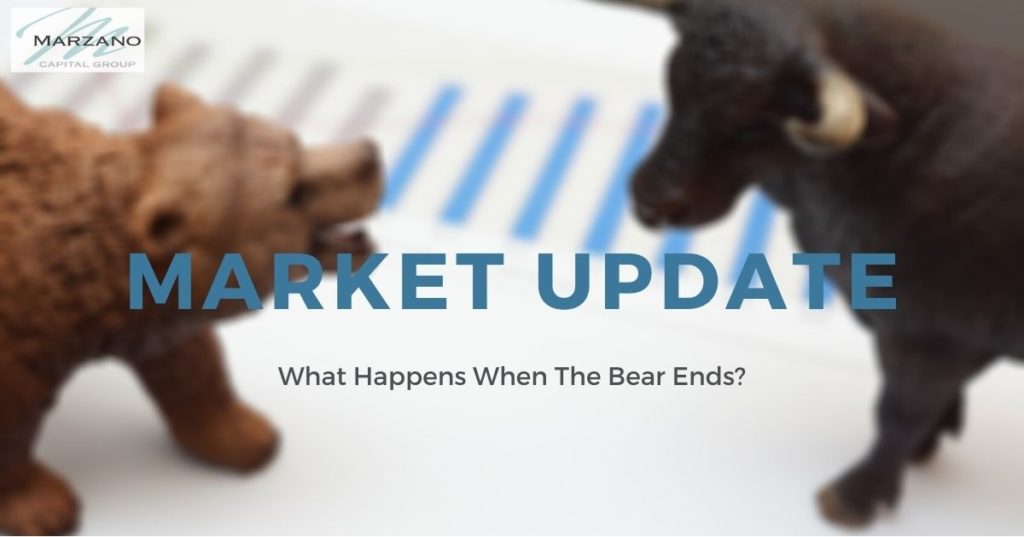 The incredible rally off the March 23 lows continues for equities, with the S&P 500 Index now up more than 32% in 40 trading days. As impressive as the rally has been, we do have some near-term concerns, as we discussed in Downside Risk Remains. Higher valuations, US-/China relations, weakening technicals, and the historically troublesome summer […] 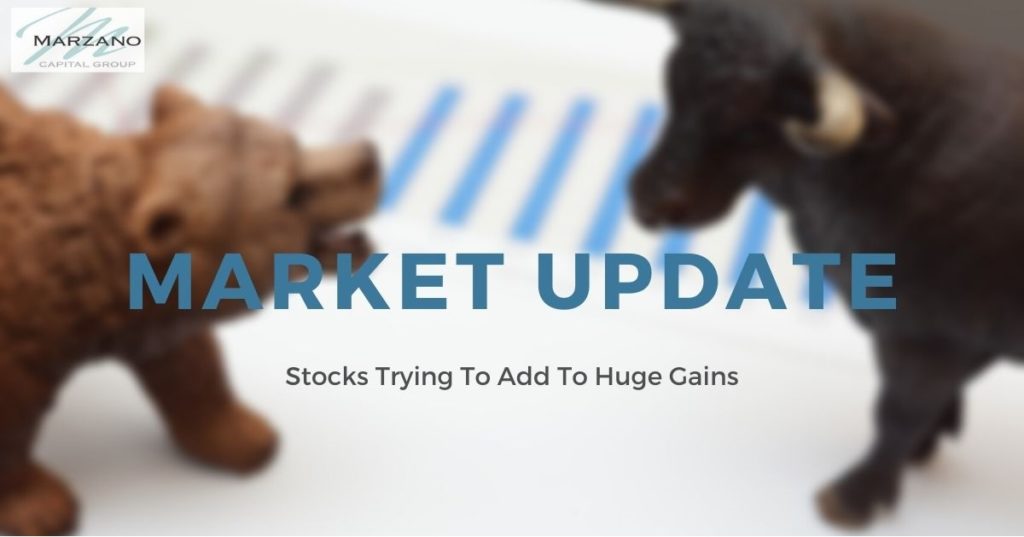 Stocks trying to add to huge gains. Futures are indicating a flat to slightly positive open as stocks attempt to add to historic gains from Tuesday on optimism surrounding eventual passage of the fiscal stimulus plan in the Senate. The Dow had its fifth best day ever, up 11.4%, which ranked as its best day since March 1933. It is important […]

How Quickly Can Stocks Recover From Covid-19? 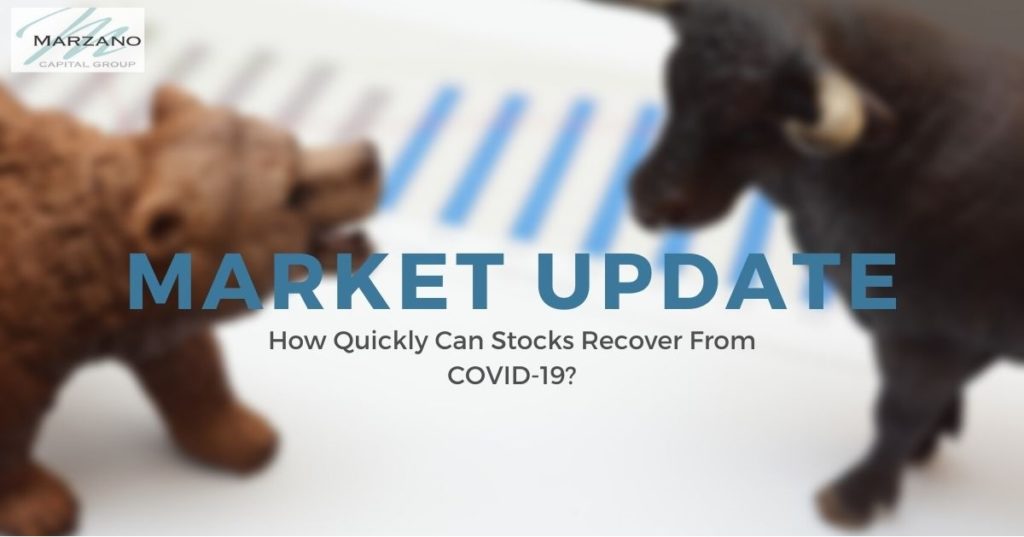 The market volatility continues, as the S&P 500 Index has closed either up or down 4% or more for a record 7 consecutive days. With the S&P 500 Index down 30% from the highs, it has officially moved into a bear market. Yesterday, we took a look at how stocks did after the lows of major […]

Stocks Down In January And February Have Bulls Worried 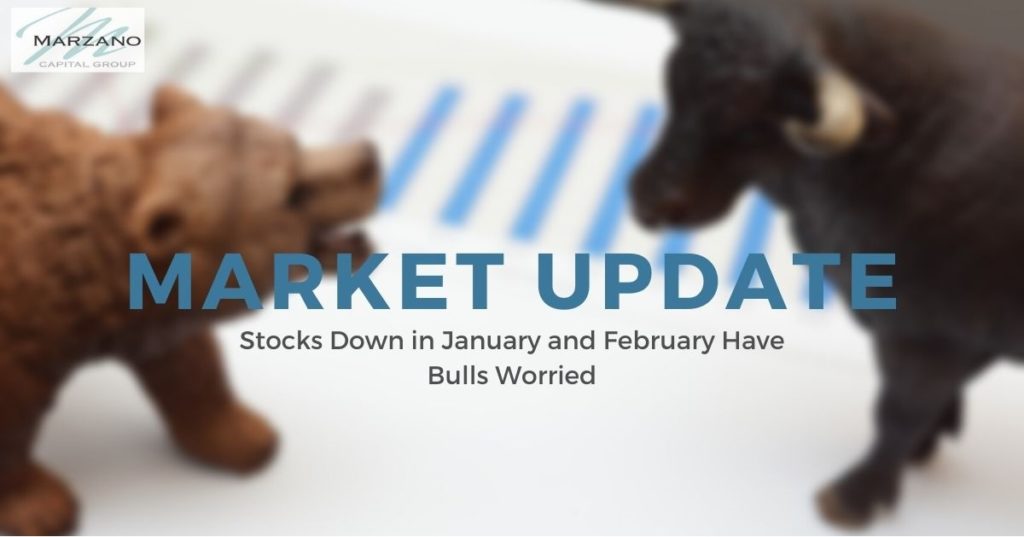 The hits keep coming, as the Federal Reserve (Fed) did an intra-meeting cut yesterday, causing stocks to sell off hard on concerns the economy is on more fragile footing than most think. Read First Emergency Rate Cut By the Fed Since 2008 for our immediate thoughts on the Fed and the rate cut. The other big worry […] 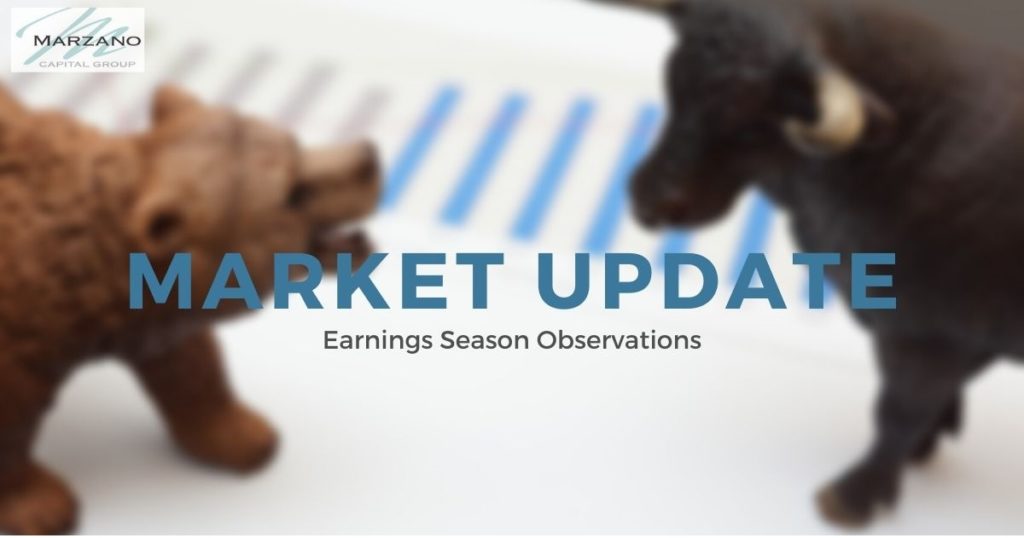 How Stocks Do During Geopolitical Events 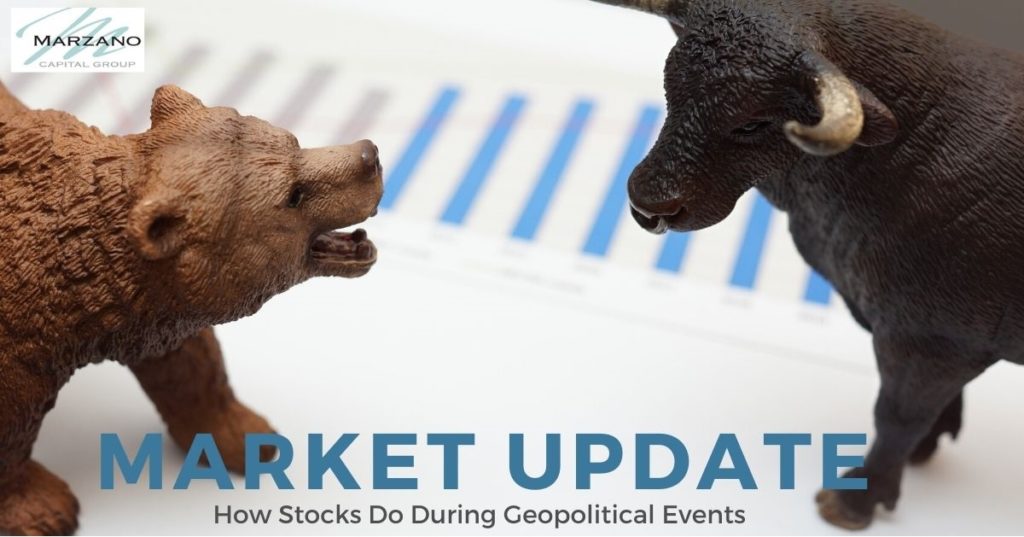 It was a volatile night for the U.S.-Iran conflict. S&P 500 Index futures dipped 1.5% and global markets swung after Iran shot several ballistic missiles at U.S.-Iraqi military bases. Markets recovered their losses overnight on news that there were no American casualties, but tensions remain high in the Middle East. As concerns over the Iran […]

Hindsight is 20/20, but finding clarity in future uncertainty can be fuzzy. AT LPL RESEARCH, as we look forward to the year 2020 and a new decade, some key trends and market signals will be important to watch, including progress on U.S.-China trade discussions, an encouraging outlook from corporate America, and continued strength in consumer […] 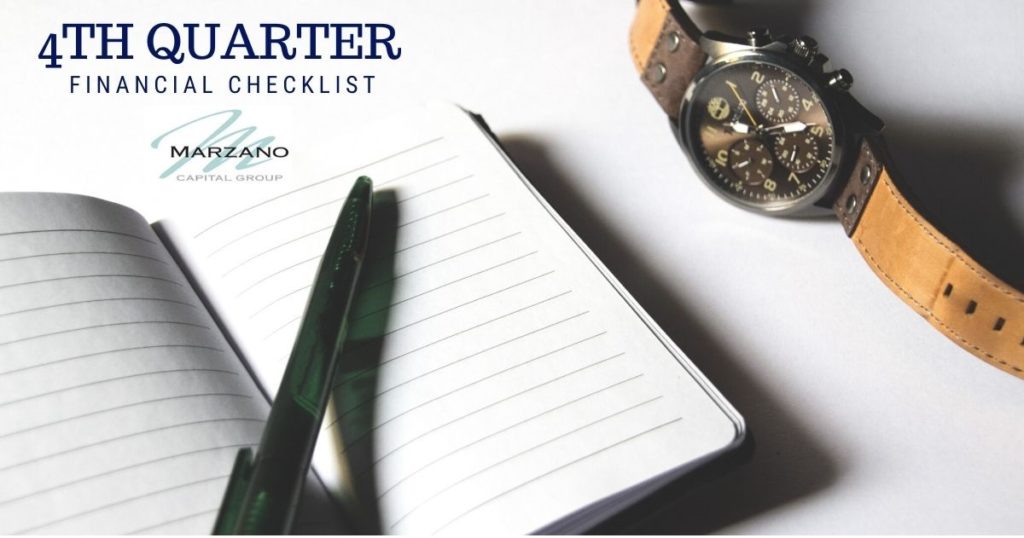 As we approach the end of 2019 (hard to believe!), the team at Marzano Capital Group wants to put emphasis on a handful of important items when it comes to personal finance. Together, we feel that reviewing the five bullet points below with a team of financial professionals can add value to your overall situation: […]

Putting The Bull In Perspective 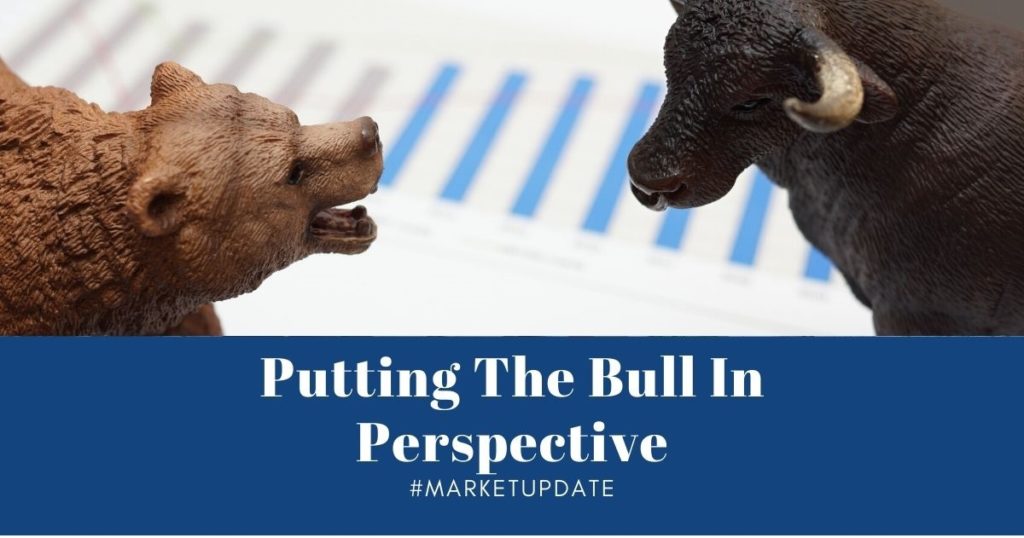 The S&P 500 Index has closed higher five consecutive weeks, making six new all-time highs along the way. There now have been 19 new highs in 2019, tying the number we saw last year. There’s no doubt that this bull market has been incredibly impressive, especially lately. But, it may also be quite misunderstood. For […]